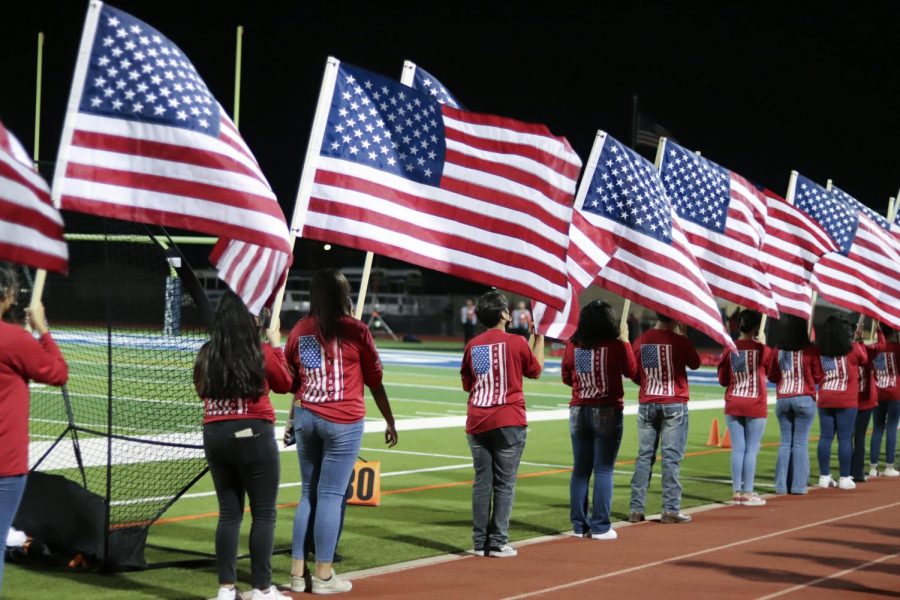 Members of JROTC pay tribute to everyone effected by the 9/11 terrorist attack on America in 2001.

At the football game against the La Joya Coyotes, members of the ROTC program participated in a special tribute in memory of those effected by the 9/11 terrorist attacks on America back in 2001.

“I proudly volunteered to be part of the tribute,” ROTC member, Eduardo Flores said.

Fifty students showed up to participate.

“Not a single one of those students who participated were alive when 9/11 took place, so it was nice seeing them pay tribute,” Major Noyola said.

Members of the ROTC program held 50 flags to represent all of the United States.

Not only did members of ROTC hold up flags in remembrance at the game, but they also watched a webinar about the events that took place.

“We wanted them to be able to put faces to names. These people were not just names on a wall; they were brothers, sisters, parents and grandparents,” Noyola said.